Thank-you to all the volunteers who joined us today. We got a lot of work done. Clearing the remaining bramble from the new sightlines and wood chipping the path. And thank-you to those who were litter picking.

What a wonderful Saturday evening , such a large turnout. Simeon Linstead the organiser of the event gave a small speech in front of a crowd of over a hundred. Then after a loud countdown by the crowd, Matt Martin did the honors and switched on the lights.

A massive thank-you to the volunteers that helped on a rather chilly Saturday afternoon in the raising and decorating of the Plough Green Christmas tree.

A big thank you to all the volunteers who took part in Saturday’s Community Action Morning in Manor Park.

The weather wasn’t looking great, but fortunately we only had a bit of drizzle in the end.

Volunteers cleared bramble off the land by the railway bridge, and then local children planted it up with 50 trees – Hazels, Rowens, Crab Apple and Bird Cherry.

Local children had also assembled and decorated bird and bat boxes. These were installed in trees at the front of the park. Hopefully they’ll be popular with our feathered friends this coming spring.

The day was supported by some regular faces, and it was great meeting some residents we’d not met before. We had about 30 people helping over the course of the morning.

It was the muddiest volunteer day we’ve run to date. But our spirits were kept up with lots of hot teas and cake. 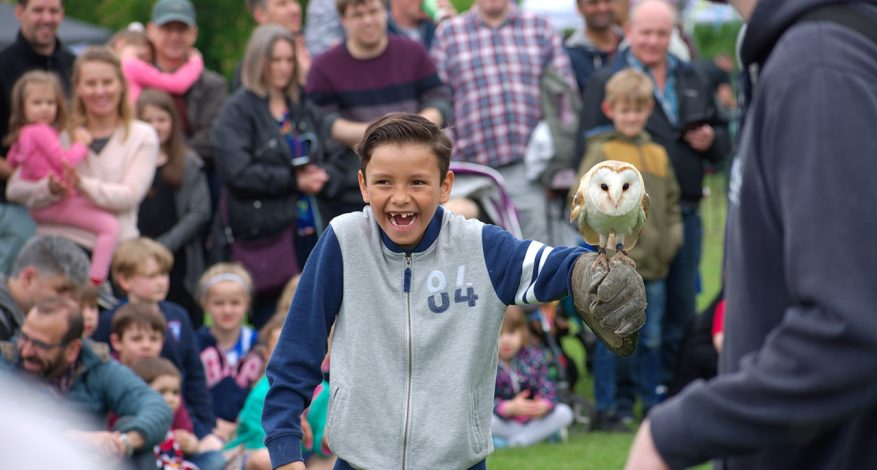 On the sunny and hot morning of Saturday 28th March we held our Spring volunteer event. It was so warm that I rushed home to grab a hat and sun cream before the proceedings began. Per usual we gathered around the base camp tent to receive instructions.

There were four main tasks for this event. Fiona was in charge of seeding the front and back meadows. idverde kindly used a digger to remove the surface grass, as the last time we tried to do this by hand, we all nearly has heart attacks.

Bryn and his team cut and made a path through the garlic copse next to the birdfeeder. This path now links the playing fields to the back of the park.

The rest were split into two teams. One planting seeds around the pond and the other clearing, seeding the bluebell copse. And I mustn’t forget those who did a sterling job litter picking.

Throughout the course of the day we had over 40 volunteers. A big thank you to all of you. And we all hope to see you again at our next volunteer morning in September