A blot on the landscape

In the corner of Manor Park, by the railway bridge on Malden Road, is an area of privately owned land, which used to in a shocking state. It was an unsightly blot on our local landscape. Recently, due to concerns over the safety of this space, the local community has tidied up the land, including all the dangerous broken fencing.

This land used to be part of Manor Park, but unbeknown to local residents it was actually railway land. In 2010 the railway company decided to sell the land. Kingston Council, for some reason best known to themselves, decided not to buy the land. At some point a speculator ended up acquiring the land with the hope of developing it.  We believe he paid £15,000. He then, in 2013, proceeded to dig up a small wooded copse, and effectively laid waste to the land.

No realistic chance of getting planning permission

Fortunately, there is little hope of getting planning permission to build on this land. For one thing, the land is crossed by overhead electricity cables, and secondly it is park land. The landowner has tried to progress various schemes including an allotment and squash courts, but has been unsuccessful. He erected temporary fencing around the perimeter, which has fell into a very poor state of repair, and has recently disappeared.

The Friends of Manor Park believe that the landowner tried to block an existing legal right of way diagonally across this land, initially by fencing off the land, and then simply by letting it become over-grown. We have re-established this pathway to re-assert our legal right of way.

A legal right of way exists if a piece of land has been crossed for 20 or more years on a regular basis. There was a path across this land for much longer than twenty years. We have been advised by the Ramblers’ Association that the fact that the owner restricted access for over 3 years now makes no difference to the legal right of way.

The Friends of Manor Park has now initiated a legal process to formalise the right of way. We submitted the required user evidence and documents to Kingston Council back in July, and we are now awaiting their response, which should, we hope, be to initiate the legal process to make a decision. They are obliged to rule in our favour if there is the required level of evidence to support the existence of a legal right of way.

Protecting the land and our community

We asked the council to block the land against vehicular access. They kindly installed bollards along the pavement in front of the land. Now with the land secure from vehicles, and with the fencing no longer blocking access, we would encourage everyone to make use of their THEIR legal right of way across the land. 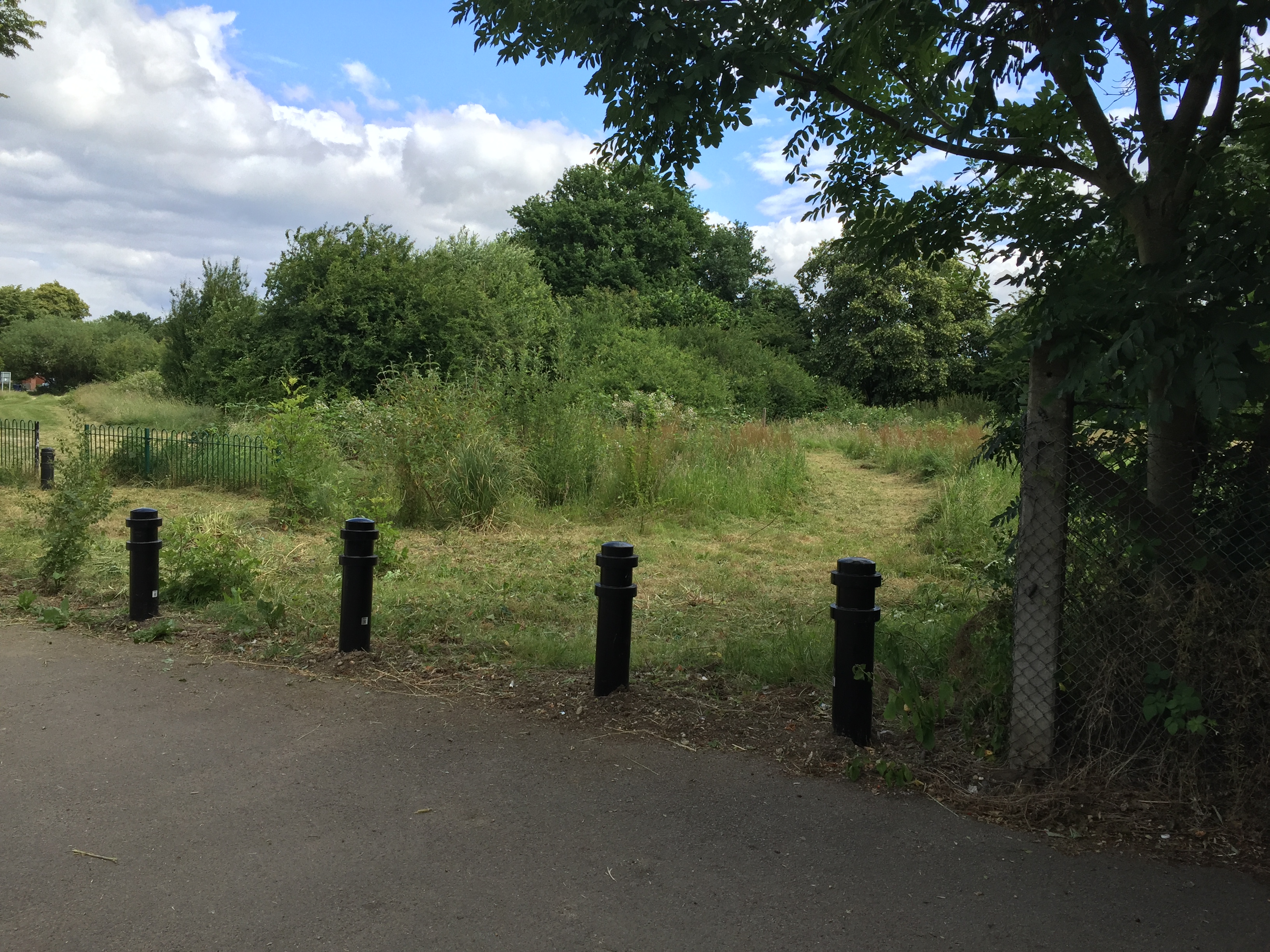