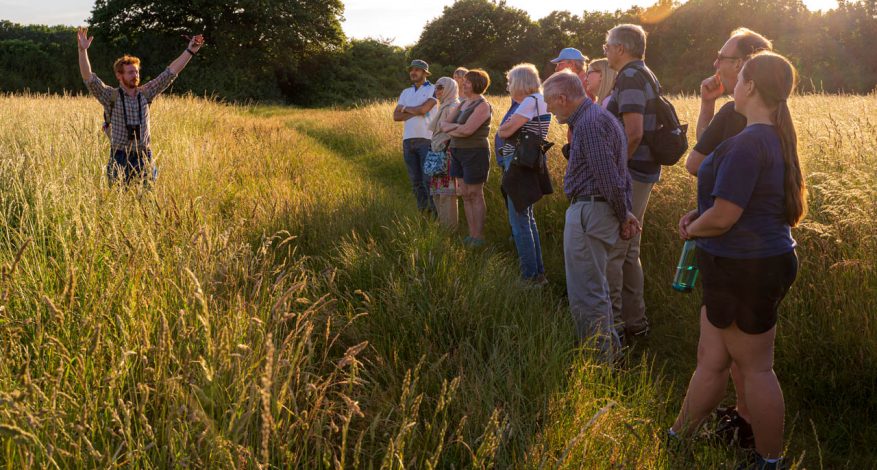 On the longest day of the year (21st June) a nature walk and talk was organised. We started off in early evening at the Moated Manor next to the Ewell Bypass. There Elliot Newton gave us a lecture on conservation, wildlife and history of Tolworth Court Farm, inside an old barn. We also admired a nest of kestrels in a tree on the Moated Manor nature reserve.

We then proceed across the Ewell Bypass into Tolworth Court Farm. Elliot guided us around Tolworth Court Farm, stopping off at various points to point out the natural features of the area. We finished the evening with a quick pint in the Hogsmill pub.

A big thank you to Simeon Linstead for organising the evening walk and to Eliot Newton for being our guide for the evening. 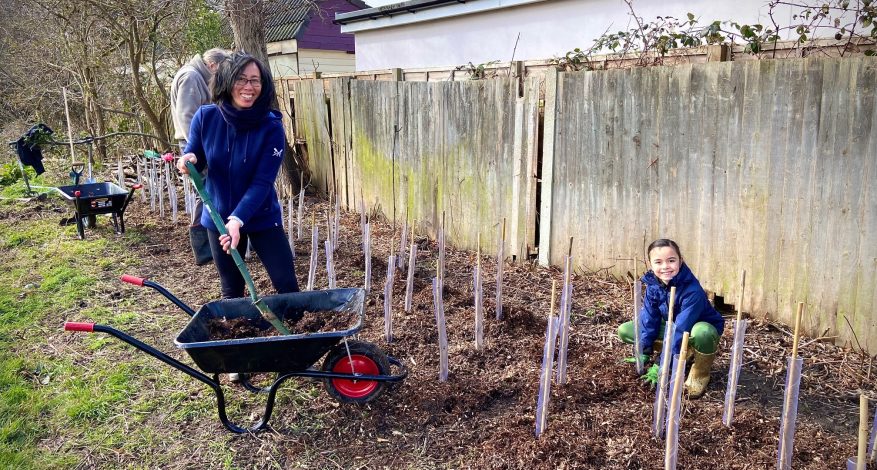 We ran our 2nd volunteer morning of the year on Saturday 12th March. Once again the weather was very kind to us – sunshine and light breezes.

By 10am we were all set up with the gazebo, refreshment table, along with all our tools and other equipment. 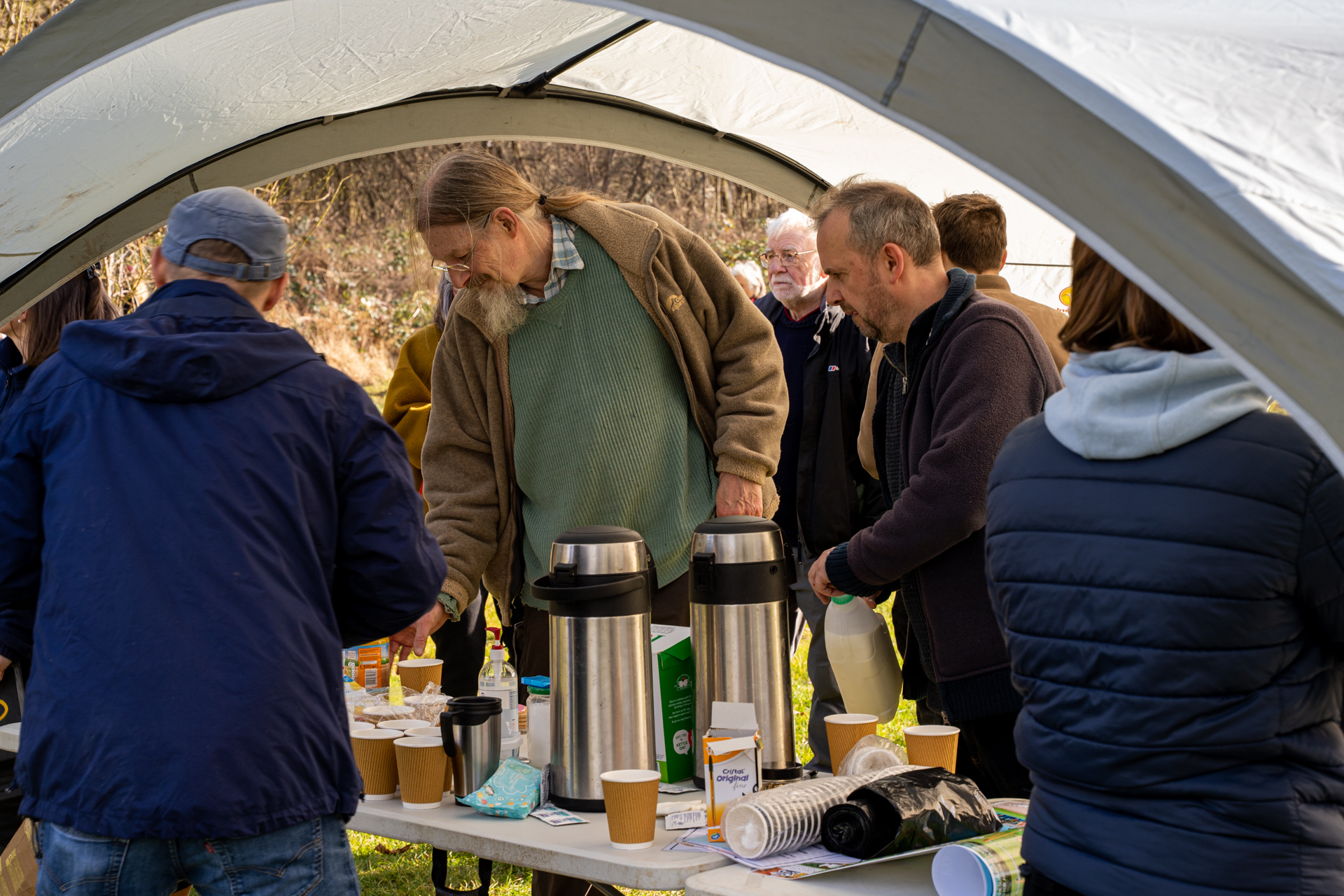 We never know who is going to turn up on the day, but as usual we weren’t to be disappointed. A good size group were congregated around the gazebo by kick-off. We had a quite few new volunteers, who’d been attracted our posters along Malden Road.

Tasks for the day were litter-picking, hedge planting and woodland maintenance. The latter involved widening a cut-through between the senior football pitches and the wild area in the far corner of the park.

All three tasks posed no difficulties for our enthusiastic volunteers. 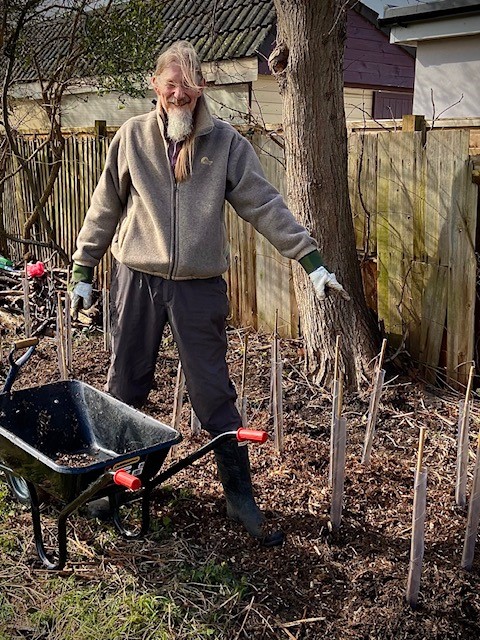 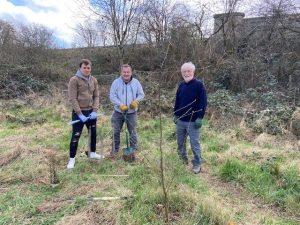 The hedge which runs along the back of the houses near the junior football pitches, will create a real legacy, providing a great new habitat for wildlife for many decades to come. 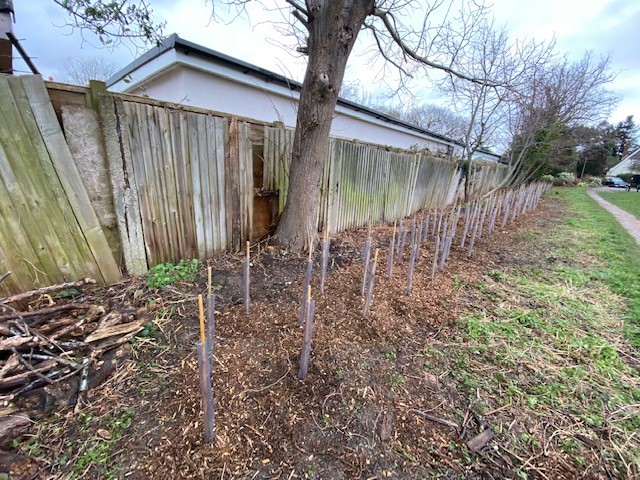 The cut-through at the back simply makes it more likely that people will venture into the wild meadow area. We also hope that it will make this space feel less intimidating for people walking around the park by themselves. 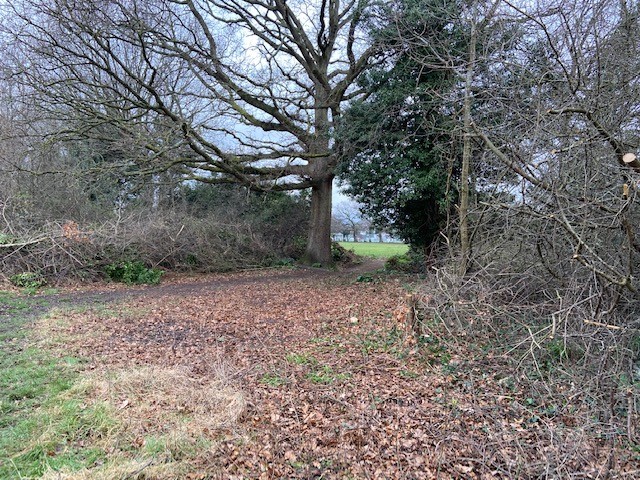 We had a handful of amazing junior helpers who helped pick litter and spread woodchip mulch around the base of the wildlife hedge. 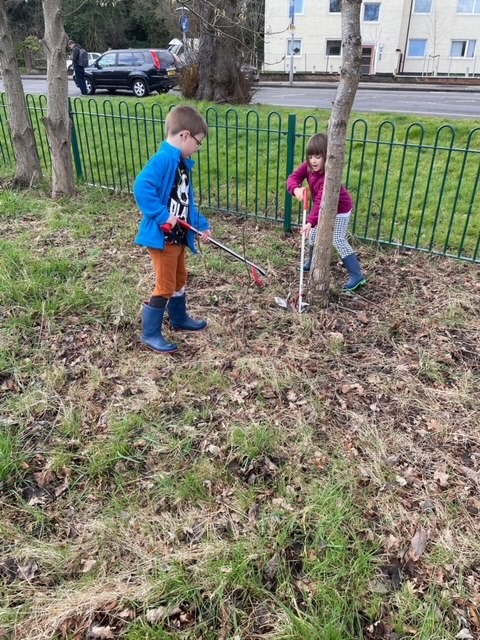 The Friends of Manor Park team enjoyed meeting everyone. A massive thank you to all who attended. 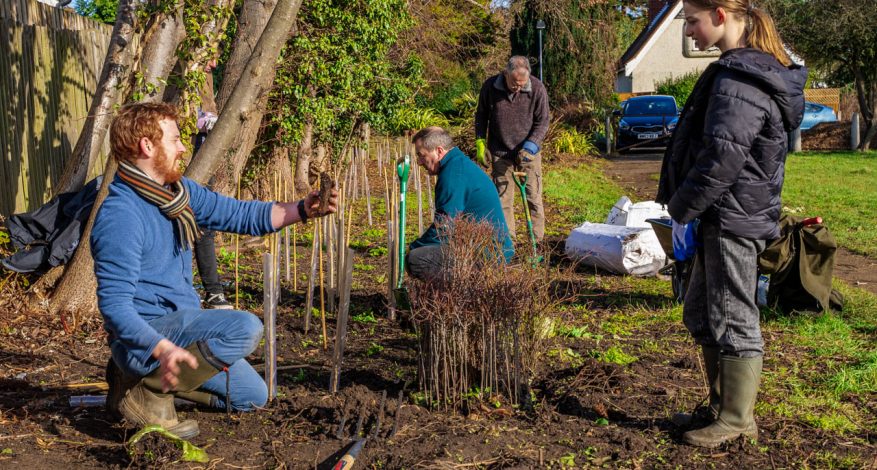 Back in Manor Park working with the community to make our lovely space that little bit nicer….

The weather forecast was looking good for our February Volunteer Morning, and it didn’t disappoint. Saturday 5th February started bright and brisk.

The Friends team set up the gazebo and he tea station just after 9am. Always nice to see the team and catch-up.

The gloves, gardening tools, litter-picks, wheel-barrows were lined up and ready. Fiona was poised with the council’s design plans for the playground, which we were hoping to show to the park users.

By 10am a group of about 30 volunteers had appeared, which included many of our regulars, and was bolstered by the presence of 4 prospective council candidates for the forthcoming May elections.

We ran through the tasks for the day, which included: improving the boggy areas around the path that runs parallel with the railway line, by adding word-chip; hedge planting towards the car park; widening an opening between the adult football pitches and the rear meadow; and litter-picking.

Elliot Newton, who is responsible for Kingston Council’s bio-diversity activities, joined us and amongst other things, started us off with a tool safety talk.

We then split into groups and headed off to embark on our tasks.

Fantastic progress was made. The wildlife hedge grew by another 20 metres.

The cut-through was widened. We’re trying to create clear sight-lines into the rear meadow area.

The boggy area along the pathway was filled in, helped by our uniformed friends.

The police arrived shortly after we started, and joined in with the tasks. We love it when the ward team help out. Always interesting hearing about local crime. A few good stories.

Meantime at basecamp, Annabel marshalled park users over to the gazebo to look at the playground plans and give feedback to Fiona, who’s been leading this project for the Friends team.

Tea break was at 11:30am. It’s always a great opportunity to get together to chat with our neighbours. Elliot Newton gave a talk on the wildlife in the park and the borough. The gathered children peppered him with interesting questions.

One of our local parents, Yvonna, arrived with her boys and a painted bat box they’d assembled. We mounted this in one of the trees in the Bluebell Copse. Hopefully, this will become the home to a few of our local bats. We have a good few in the park.

The final hour of the workday saw all tasks completed. We packed away the gazebo, the tools, and headed our separate ways.

A massive thank you to all our wonderful volunteers, and to Elliot Newton for supporting the event.

Our next workday is on Saturday 12th March. More information.

If you’d like to get more involved with Friends of Manor Park, please do drop us a line at team@ourmanorpark.org.uk